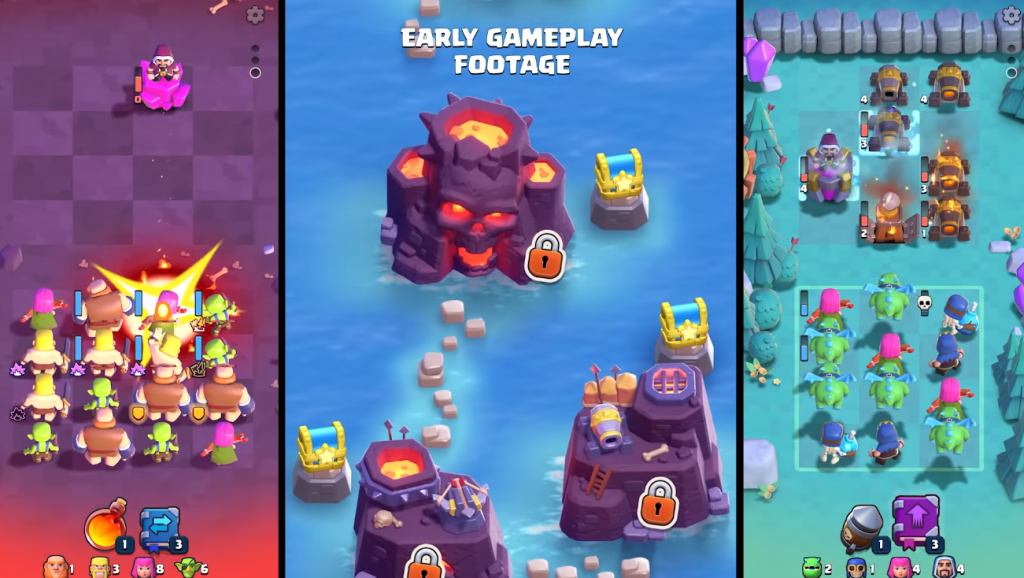 Supercell, the Finnish developers, seems to be continuing with their Clash series. This series received more and more attention after their first release, Clash Of Clans. Their second release, Clash Royale, was another success. Supercell doesn’t seem to be slowing down with this franchise.

The Clash series was expanded in April 2021. Three new games were announced, specifically Clash Mini and Clash Quest. Developers stated that they are looking to broaden their appeal and reach a wider audience. They’re therefore releasing new games within the same world but in a different genre.

Clash Mini is a more strategic board game than, for instance, Clash. The miniatures on the board are used to compete between players.

What is Clash Quest?

Clash Quest is a strategy game that focuses on island hopping and turns it into an adventure. You can create dynamic troop combinations to fight enemies and bosses. Explore new islands in the Clash World. It is more of an action RPG with turn-based combat. There are bosses, puzzles, and many settings for you to use your brain. Clash Quest places a greater emphasis on strategy and solving puzzles. All the beloved troops are still available to you. It is a good idea for players to plan and prepare for their guests to have the right party for every encounter.

This upgrade might be even more appealing to those who have enjoyed Clash of Clans. It retains many of the elements from CoC. It encourages players to play at their own pace and make strategic decisions. Fire cannons, X-Bows, and Inferno Towers should not be used against opposing forces.

Multiplayer is also possible. You can team up with others online or form your group.

What time is Clash Quest available?

They are currently beta-tested in Scandinavia, just like the new trilogy of Clash games. Clash Quest is available for download in Sweden, Norway and Finland. Other players around the world will have to wait. Although there is no official release date yet, many who have played the game know it will be soon. The game is very polished and runs smoothly, so it will now be a matter of fine-tuning.

Clash Quest will be available in 2022.