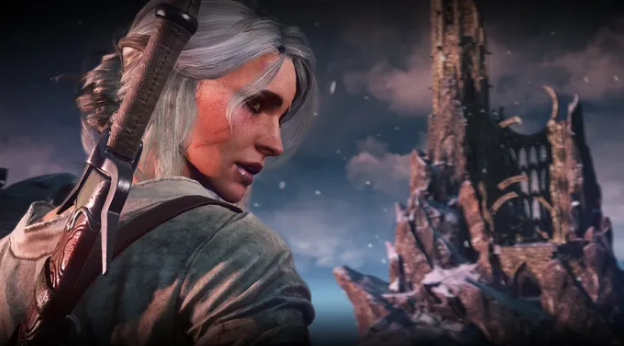 Over the years, the world of gaming has seen some very strange products. These include the Resident Evil cologne, an Angry Birds bra, and the Xbox Series X mini-fridge.

These options are not as good as an item based on The Witcher 3. This item has caused quite a stir on Reddit, with users trying to ignore the fact that it exists and what its intended audience might be.

You should have one of the Men in Black memory erasers on hand because somebody has made a Ciri doll.

With each passing day, we drift further from the light

The thread has been reopened on r/witcher. User cheremhett posted an image of the item, sparking lots of discussion among users.

Many were quick to redirect the conversation. TimeNew1894 replied directly, “How about a round Gwent?” and trashmunki responded to another user’s question asking if the doll could be used only as a decorative statue. She suggested that the doll should be used “exclusively for Gwent with”.

Others tried to deal with the discovery of the doll’s existence via humour, TallFroGuy stating that they wanted to start with a Yennefer doll but that the inclusion of a life-size stuffed Unicorn kept driving up production costs. Artyhedgehog added: “Can I get an outraged Geralt doll?” It doesn’t feel real.

Even the humour got infiltrated into the responses of those who expressed their disgust. User alexramirez69 responded to another user’s comment about the doll’s creators needing to ‘touch grass’ with the following: “Trial of avoiding grasses”, eludering to the experiment that creates witchers.

They discovered that the video was posted on a Facebook Polish comedy page.

Two thread members summarized the mood towards the discovery, NineTailedDevil simply saying, “this is absurd,” and another saying, “what a way for father’s day to begin.” Thanks, Reddit.”