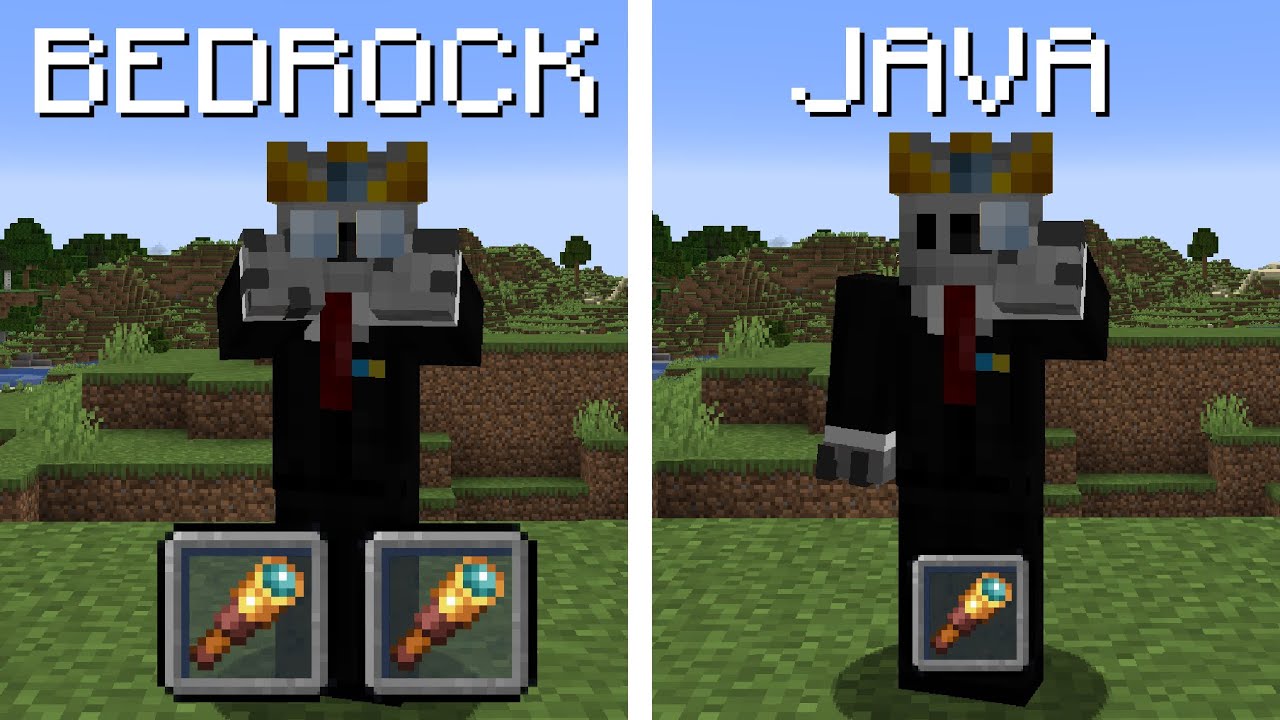 What are the differences between Minecraft Java and Bedrock? What exactly is Minecraft Java Edition? Stay a while and listen – we have the information you require.

First and foremost, Minecraft Java is the official name for the 2009 version of the famous crafting game produced by Mojang. It’s the version purchased from the Mojang website, while it’s now also accessible through PC Game Pass.

In any case, it is exclusively available on PC. Minecraft Bedrock is a new version of the game released by Microsoft in 2017 that replaces and unifies the console, mobile (previously known as the Pocket Edition), and Windows 10 store versions.

That implies Bedrock is available on many platforms, and as PC users, we have the option of playing on either of them. We can also manage both instals in one spot thanks to the freshly launched Minecraft launcher.

However, there are more distinctions than simply the platforms on which the different Minecraft versions operate, so let’s go a bit more into this.

If you find this article about Minecraft Java and Bedrock gave below, don’t forget we have guides and codes for many games, such as Fortnite, Minecraft, and many more, and guides on almost everything you can think of, so be sure to check it out on our website.

Microsoft has prepared a useful paper that details the changes between the versions, but the main distinctions between Minecraft Java and Bedrock are as follows:

The way various Minecraft versions interpret modifications is critical. Minecraft Java, being the “original” Minecraft, has a long and historic history of inventive and expansive modifications and Minecraft texture packs, all of which are free.

As previously stated, multiplayer is handled differently in the two versions of Minecraft. The most crucial thing you should know is that you and anybody else you wish to play Minecraft with must be using the same version.

Given the limitations of other platforms, this isn’t as tough as it seems, but on PC, it’s especially crucial to coordinate the version you’re using with your buddies.

The Bedrock version is exclusively accessible through the Windows 10 store, although both are available through PC Games Pass if you have a subscription.

Bedrock is meant to function across various platforms, allowing you to play with other Bedrock gamers regardless of platform, albeit multiplayer servers on Bedrock tend to be smaller (and newer).

Minecraft Bedrock vs Java – which one should you get?

If that’s not an issue, and since PC users may pick whatever version they want, there is a decision to be made, but it’s also a really simple one. The Java edition provides PC players with many more options and functionality, including larger, older multiplayer servers, greater modding possibilities, and a more capable engine that isn’t attempting to accommodate to lower hardware.