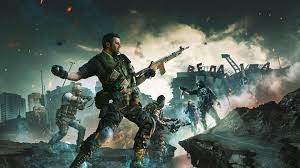 A new playlist has been added to Black Ops Cold War and Warzone.

Developers have updated the playlists with new content to share with the community. Season 6 is now in full swing.

When is The Black Ops Cold War and Warzone Weekly Update?

Every Thursday, at 6PM GMT, there are weekly updates.

These are the playlists added to the Cold War playlist update.