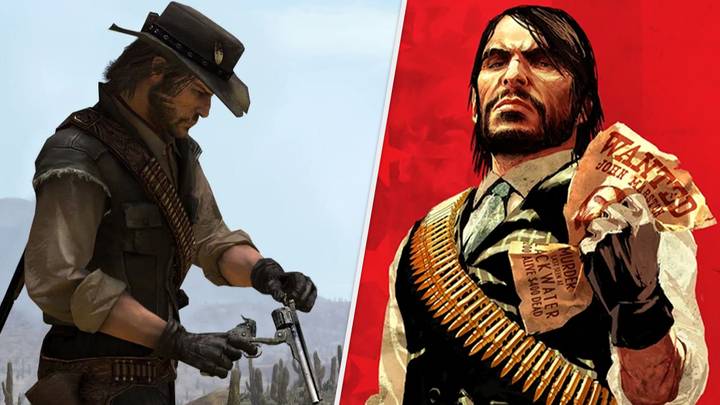 Insider: ‘Red Dead Redemption” Remake to Be Announced This year

Insider: ‘Red Dead Redemption” Remake to Be Announced This year

Rumors of a remake have been rumbling ever since Take-Two Interactive stated in its earnings report that it would release new iterations of previously released titles. That could only have meant the Definitive Editions of Grand Theft Auto III and Grand Theft Auto Vice City or Grand Theft Auto San Andreas. Chris Liberty, Rockstar Mag’s editor, claimed that these titles had opened the door to the Red Dead Redemption remake.

Now, Twitter user @AccNgt has caused a stir by claiming that a next-gen patch will be announced for the console versions of Red Dead Redemption2 and the unveiling of the remake. The same leaker revealed Star Wars Eclipse, a narrative game set in the High Republic era of the developer of Heavy Rain (and Detroit Become Human), to be available. We’ll be looking at this little bit of insider info with care.

A next-gen patch for Red Dead Redemption2 is simply what the world needs to see to believe. Players have played this stunning game for thousands upon thousands of hours. It’s even used in university classes in the historical period. It is possible that the visuals of the game could reach greater heights. A remake of the original game, on the other hand, would have been received with open arms by fans long before its release.

Grand Theft Auto – The Trilogy – The Definitive Edition. Chris Liberty stated that the game would replicate the same art style as the remasters. Let’s hope this is the only thing it’s copying. Otherwise, Rockstar Games will be overwhelmed with refund requests and aggravation.