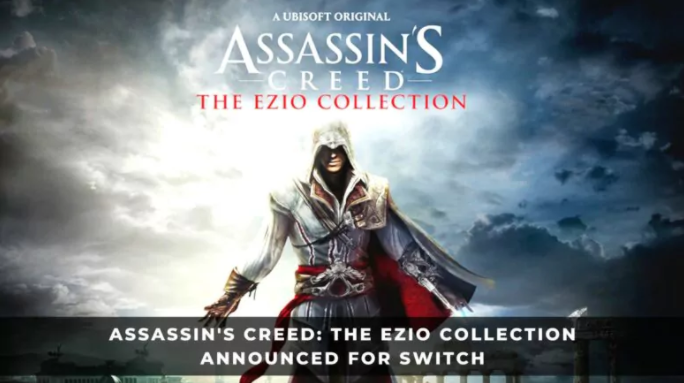 CREED – THE EZIO COLLECTION ANNOUNCED DURING THE SWITCH

This package includes all single-player DLC and two short films about Ezio (Assassin’s Creed lineage” and Assassin’s Creed Embers). There are some improvements to Assassin’s Creed: The Ezio Collection. The touchscreen and handheld modes can now be used, and the HUD is optimized for Nintendo Switch play.

Ubisoft also announced Assassin’s Creed The Ezio Collection on Switch. It will launch in mid-February and join several other titles from the franchise that have made it to the Switch.