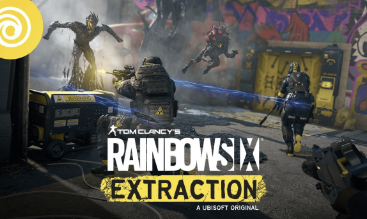 Rainbow Six Extraction has a new update that includes a brand-new Protean “Vigil” and a new prestige system. This update is now available to all players. Ubisoft has separated the milestone levels from the ten additional levels for each operator so players can reach their milestones without worrying. This update fixes some bugs that were present in previous updates.

You may need to travel to The Singularity if you’re new to Rainbow Six Extraction. This is an unknown area where you will likely encounter the most dangerous Arcaeans we have in our database. Proteans, which are motile Arcaean varieties, have taken the form of REACT Operators. They sometimes can mimic Operator behavior. Vigil is the latest Protean to be added to the game in the update.

For new rewards, we have added new prestige levels

Each operator will have ten new levels. These levels will not be combined with the existing milestone levels. These new prestige levels can be accessed via the UI. They will allow you to unlock permanent rewards such as icons, headgears, and uniforms. To unlock more cosmetics, there may be additional prestige levels.

HDR (high-dynamic range) can make your TV’s image look amazing. This feature was introduced in Rainbow Six Extraction. It automatically activated even though you didn’t want it to. Ubisoft finally resolved the HDR feature that was automatically enabled even though it was disabled in-game or in an operating system. Players who are having trouble with this issue will be relieved to know that the HDR and FPS Limits do not reset upon launching the game.

To see all the changes to the balance in the update, please visit the official patch notes. For more information, check out our operator list.