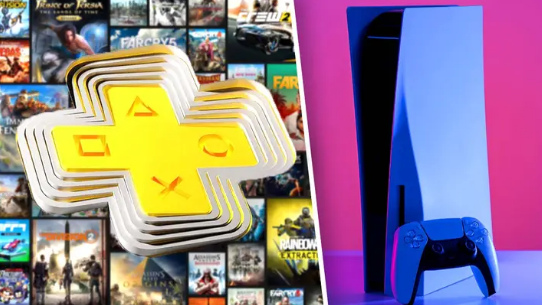 It’s a massive day for PlayStation users. In a post, we found out all the free titles that Premium- and Extra-tier subscribers will have access to when the new PlayStation Plus service launches next year. Demon’s Souls through Red Dead Redemption II and many many more will reward those willing to spend more.

There’s a reason that this list is so long. The extra- and premium-tier subscribers have an additional perk, and all PlayStation owners will soon be able to access the new feature. Although it’s not a novel concept, It’s better to be late than never, right,?

It’s official: Ubisoft+ will soon be available on PlayStation. It is available on PC, Stadia, and Amazon Luna. The service was also confirmed to be coming to Xbox at some point. PlayStation users are now in the same boat. The only thing that can be said is that the service will come “in the future.”

Fear not; there’s a perk! That’s different. As part of Sony’s new subscription service, Ubisoft+ Classics will launch. Extra and Premium members will be able to access 27 Ubisoft titles, including Assassin’s Creed Valhalla and For Honor. There will also be Far Cry4 and Watch Dogs by 2022.

“With Ubisoft+ Classics we’re giving PlayStation players another way to enjoy Ubisoft Games on their consoles,” Ubisoft senior vice president of partnerships Chris Early stated. We will eventually make Ubisoft+ accessible to PlayStation owners as we build our vision. We also plan to provide more options for players to access their favorite games from wherever they are.

Ubisoft+ Classics is available simultaneously with the new PlayStation Plus. This means that there will be 24 May in Asia (2 June Japan), 13 June in America, and 23 June in Europe.