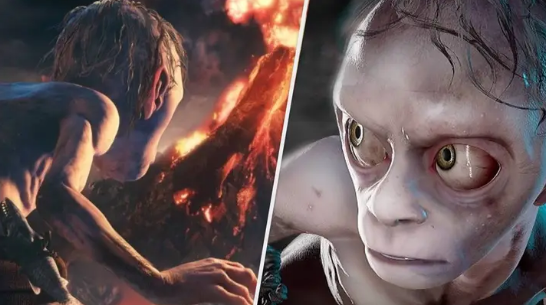 The Release Date For “The Lord Of The Rings: Gollum” Has Been Set

It’s happening, Oh Lawd! It was first announced in 2019, The Lord of the Rings. Fans have been interested in Gollum for some time now, mostly because we don’t know much about it.

Daedalic Entertainment is developing the game. They are well-known for their point-and-click adventure games like State Of Mind and Deponia. Gollum doesn’t have a point-and-click feel. It is a story-driven adventure with stealth elements. This sounds really interesting.

According to a press release, Gollum loses his precious ring to Bilbo Baggins and decides to leave the Misty Mountains to embark on a dangerous journey that will take him from the dungeons in Barad-dur into the realm of Wood-elves at Mirkwood. Gollum must sneak, climb and use his cunning to survive the dangers on his Middle-earth journey. His Hobbit-self, Smeagol, is also a challenge. The players can decide if Gollum should have the final say in important decisions or if Smeagol will. Gollum meets familiar characters from both the books and a few new ones.

Fans will be happy to learn that Gollum‘s release date has been announced. It will be available on PC and PS4 HTML5, Xbox One, and Xbox Series X/S starting in September. This is surprising, considering it was so soon. It’s coming to Nintendo Switch fans who are ardent Nintendo Switch gamers. The current word is that it’s being released “later this year.”

Exciting, right? We don’t have a new trailer to look at, but the game is just over three months away so it won’t be long before we see more.

Advertisement
The Release Date for “The Lord Of The Rings: Gollum” Has Been Set