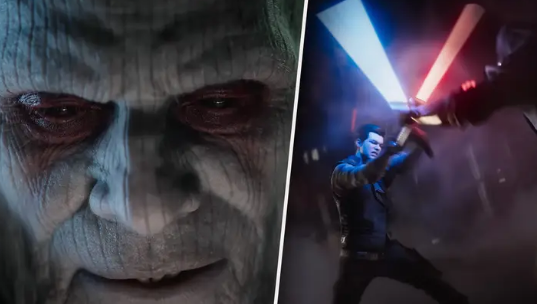 We knew very little about the sequel to 2019’s Star Wars Jedi Fallen Order just a few days before. Now, look at us. This is a beautiful week.

This is the Star Wars Celebration update if you haven’t been paying attention. Respawn Entertainment released the first trailer for Star Wars Jedi Survivor with a 2023 release window. A developer now speaks out about Cal Kestis’ new journey. Consider me intrigued.

Stig Asmussen, Star Wars Jedi Survivor’s Director, stated that the game was about survival. It’s called Jedi, Survivor. Cal and his crew are trying to survive in these dark times. This could mean they are making connections that might be considered unsavory in some other circumstances.

Asmussen continued, “Something of that is portrayed on the trailer, and again I don’t want to give away anything, but there’s definitely a feeling of… I don’t want to spoil any, sorry!” It was a great way to leave us wondering.

Star Wars Jedi Survivor has an important connection to the Obi-Wan KenobiTV Series, as both titles were set 10 years after Revenge of the Sith. Cal could appear in Obi-Wan Kenobi or the Fallen Order sequel. We’ll have to wait and watch.