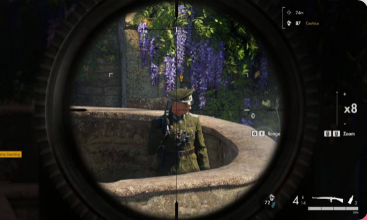 The UK boxed chart has quickly changed over the past few weeks with Evil Dead: The Game, and Grand Theft Auto 5 completely disappearing from the list. There has been a huge shift in the UK boxed charts compared to the list a few weeks back, but we will let you have a look for yourself.

This is the GfK UK BoxedTop Ten chart, as of May 28th.

We will have to wait and see if Sniper Elite 5 can keep up in the GfK UK Boxed Top Ten charts, or if it’ll be a similar to Evil Dead The Game. It only has one week to shine in the spotlight. While the game is a great time, it’s not something you should play with your child.

What is Sniper Elite 5? Sniper Elite 5 features a variety of Nazi hunting levels as your character navigates a small, open-world map. You will be able to blow the noses and testicles off anyone in your path. This game is extremely challenging and versatile.