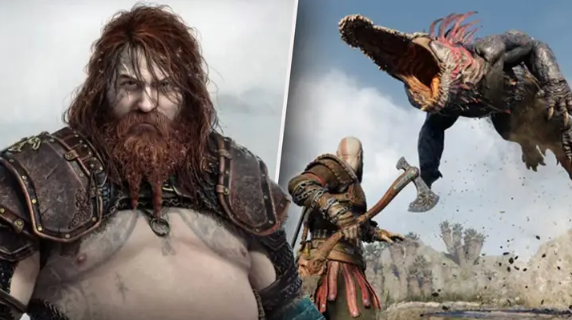 We all wanted one, but a God of War Ragnarok update wasn’t going to happen at this week’s State of Play. Sony had already stated that the showcase would focus on third-party games, and PSVR2 content and God of War Ragnarok does not fall into either of these categories.

Fans were still disappointed by the lack of information, and I understand your pain. Our last glimpse of God of War Ragnarok was almost nine months ago. Although the game is expected to release in 2022, it has been delayed by half a year, and there have been no updates since then. Fans are worried. A sequel actor appears to have put our minds at ease.

Ryan Hurst plays the role of Thor in the franchise. He was recently at Comic-Con Revolution 22 in Ontario, Canada. Hurst was asked how he is doing in God of War Ragnarok. His answer was the only production update we received in several months. A video uploaded by itsrectimemedia shows Hurst saying, “I just did the last bit of God of War to Thor.”

According to the uploader, Hurst wasn’ttreferring to finishing motion capture scenes. He talked about finishing pick-ups, which are often small, leftover lines or dialogue at the end. This is fantastic news, as it confirms that God of War Ragnarok’ssdevelopment is almost complete.

We’re just was starting a significant week in gaming. There are a lot of showcases lined up, so expect to see many significant announcements over these next few weeks. It would be a surprise if God of War Ragnarok did not appear somewhere. Keep your fingers crossed, everyone.