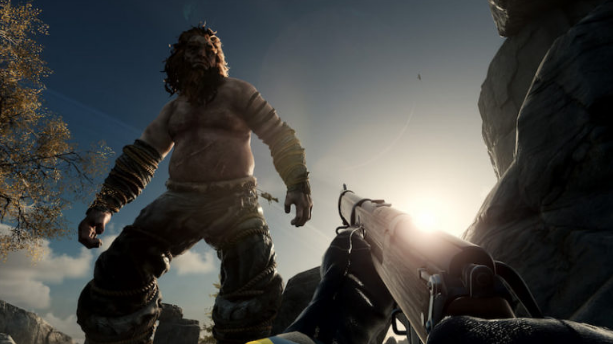 Nightingale will be available on Steam for P.C. in Q4 2022. It’s an F.P.S. open-world survival video game that has many different dimensions. Inflexion Games, founded by Aaryn Flynn, is developing the game.

It is expected to be released later in the year. The gameplay elements look fantastic with many vibrant colors and lush nature. Particle effects and fog can be very eye-catching.

This trailer also seems to be the first official gameplay trailer since the game’s initial unveiling. This game features new gameplay that focuses on the portal feature. As they play, players collect cards that they can use to place in the portal. This allows them to explore new biomes and get more loot. These new worlds are important for players to explore. The resources available in other realms allow them to create portal cards. It will be an important factor in the progression and gameplay loop.

We also got our first glimpse at the survival elements of Nightingale. The usual tasks of chopping wood and mining rocks and some aspects of the base building were involved. It seems to be going well overall.

Nightingale will soon be available for P.C. You can wishlist Nightingale via Steam.