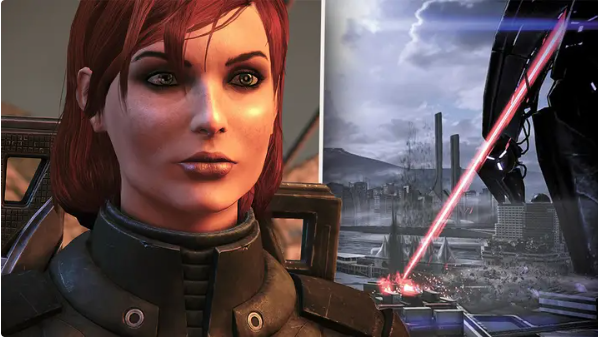 It hurts my soul to see that Mass Effect 5 news is sparse. Officially announced in 2020, BioWare keeps its cards close to the chest. Developers confirmed in April that the game was in early development. You may also recall a teaser poster hinting at the return to the Geth.

While we wait for more information on the franchise’s future, it is worth looking back at the past. An ex-BioWare writer said earlier this week that developers did not anticipate how badly people would like to bang Garrus. This is understandable. However, it has been revealed that Mass Effect 3 had an entirely different ending.

Mass Effect 3 has no single ending. However, due to the game’s choice-based nature, you have three options. All of them were provided by Shepard. Shepard has three options. They can destroy the Reapers, all of the synthetic life in the galaxy and die, or take control of them, thereby merging organic and synthetic life.

Drew Karpyshyn, Mass Effect’s writer, has revealed that it was possible to kill all the Reapers at once. Karpyshyn revealed that the original ending involved luring Reapers through the Mass Relays and then detonating all the networks to wipe them out. He also said that it destroyed/damaged the relays and isolated every galactic community. We still had to work out many details and some issues, such as what we would do with the next series.

According to the writers, this ending would have less impact on Mass Effect 3. It looks like the Reapers have returned, and Liara is up to some big things based on the Mass Effect 5 trailer. BioWare, tell us about your secrets.