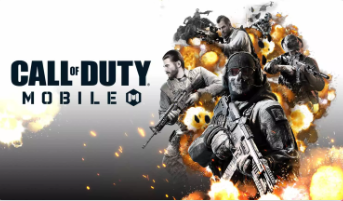 COD Mobile Season 6 currently offers some new weapons and the introduction of the latest’ Favela’ map – which is set in the streets of Brazil.

The current season will continue for approximately a month. However, many fans ask when the COD Mobile 7 season will be released.

“Elite of the Elite”, the latest chapter of the COD Mobile saga, will see the emergence of global warfare.

The patch could be available around one day before Season 7’s launch– accessible through the Google Play Store or Apple App Store.

What new features would people like to see in COD Mobile Season 7?

The COD mobile Reddit has been a vocal voice for fans who want new features to be added to the game.

Including UAV animations from Warzone in the game is one of the more subtle features that would be appreciated, although it would be a welcome addition.

Although it sounds like a small change, one player explains that the Warzone one looks better. You can hip-shoot, and it doesn’t cut you off the fire. Also, you don’t have to holster or unholster each time you call a UAV. It’s much better all around.

What was in COD Mobile Season 6

There are also premium pass tiers. This allowed you to access all content in the To The Skies stream, including Sophia, Ethan, Wraith and many more. You can also get traditional weapon blueprints and other goodies.

A brand new multiplayer map was finally released. The Call Of Duty inspired the favela: Ghosts map and allowed players to play in a new area.

What can you expect from COD Mobile Season 7?

The latest season of COD Mobile will likely include a new map and new weapons. There may also be new game modes.

Many of the same arrivals will be featured in the Elite of the Elite Season 7 release, including the following:

Nearly every COD Mobile season update featured new weapons, so Season 7 is likely to be the same.