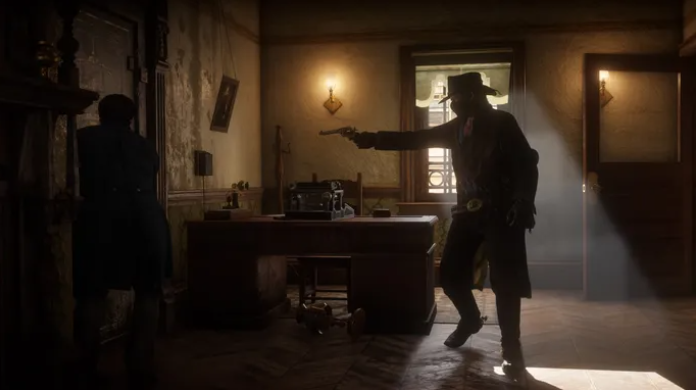 Many communities have held a funeral on Red Dead Redemption II’s online component. However, modders seem to be keeping the single-player experience alive.

Despite the title’s emphasis on realisticity, which includes everything from the horse testicle shrinkage to the wild west world that accurately reflects real life, one modder seems to think this is not enough.

It’s unrealistic to expect a game to be accurate if the price you pay for a bath or a pack of chewing tobacco isn’t historically accurate.

The price is now red dead.

Mod ‘Realistic Economics Rebalance’ is what you need to get your immersion up to 100. It is created by modder saravaksa2. His previous mods have made other realistic changes to NPC loads and hunting.

The latest work aims to have the same effect as the original game’s capitalism. Item prices, consumable effects, and ammo limits are edited to reflect the real world better but remain balanced.

If you go to a gun shop to get ammo, and you end up paying more and getting less for weapons, you don’t need and mods such as scopes, it will be a costly trip.

You might be able to make some money by selling your horse. Common breeds are now worth 50% more, which you need if you want to upgrade to an uncommon breed that will cost more.