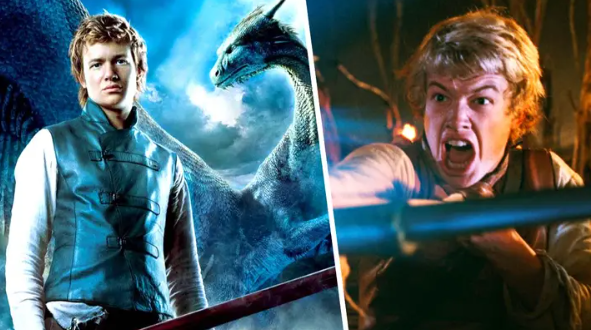 Disney+ is reportedly getting a TV series called “Eragon”.

Disney+ is reportedly getting a TV series called “Eragon.”

Everyone, please keep calm. Variety reported that a live-action TV version of Eragon was in the early stages of development for Disney+.

Eragon, the first book in Christopher Paolini’s popular young adult fantasy novel series The Inheritance cycle, was first published in 2002. Variety claims that Paolini and Bert Salke will be the series’ cowriters. 20th Television will, reportedly, be producing.

For those unfamiliar, the novel series was about Eragon, a boy who discovers an egg hatched into Saphira, a dragon. Eragon is a Dragon Rider and sets out to defeat King Galbatorix. He saves the land. (Thanks to Variety). All that young adult fantasy stuff.

It seems likely that the report is accurate. The author responded on Twitter to the report, though it was only in a vague manner. This is very exciting. It won’t be the first time Eragon has appeared on screen, but it will hopefully be more successful. In 2006, an Eragon movie was released. With a Rotten Tomatoes critic rating score of 16 percent, it’s obvious how well it was received.

It’s no surprise that the book series is so beloved. Fans have been hoping for better for years. And, funny enough, last year they started campaigning online to get a Disney+ version. People were motivated after the success of the Snyder cut campaign. “You have the right, [the] community is asking for something similar, and you have nothing at stake.”

Advertisement
Disney+ is reportedly getting a TV series called “Eragon”.