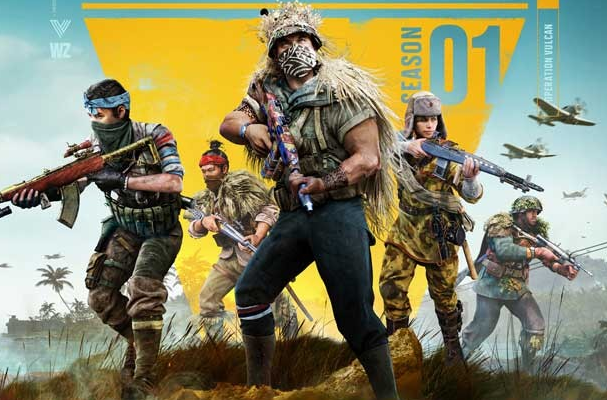 The final midseason update to hit the battle royale before Warzone 2 is the Warzone Pacific Season 5 Reloaded update. Warzone will have two new weapons and new Operators as part of the recent content drop. Here’s everything you need to know about top-tier guns.

This article is going to talk about guns that are rated from good to the absolute beast:

Since Season 3 significantly reduced the number of sniper rifles available, the HDR has enjoyed steady popularity. It was one of the few weapons that still had the one-hit-knock ability. Despite its awkward handling and recoil, its power and damage earned it a spot on this list in Season 5 Reloaded.

Due primarily to its lack of recoil and ease of use, the Kilo 141 has long been a popular choice in Warzone.

Although it doesn’t have the biggest punch, its medium-range makes it a very reliable option, so it shouldn’t come as a surprise that players trust it even as Caldera gets closer to its end.

In the early months of Warzone and Modern Warfare 2019, the M4A1 was extremely popular. However, since then, it has fluctuated in and out of the list, but it has returned as players realize its high damage output and fast fire rate can effectively wipe out opposing teams.

During Black Ops Cold War, the XM4 dominated the meta because of its high fire rate and high damage output.Even though it isn’t quite as powerful as it was in the annual installment, that has translated to Warzone.
However, due to buffs and nerfs elsewhere, it returns to this list in Season 5 Reloaded and appears to remain there as the Warzone 2.0 era begins.

Following the significant nerfs that came with Season 3, Warzone players have been searching for a reliable sniper rifle. The 3-Line Rifle is a faster and more reliable alternative to the HDR, chosen by some.

The Grau dominated the battle royale life cycle of Modern Warfare and was one of the earliest Meta weapons in the Warzone. It has been solid, if not glorious, since its initial nerf, but it is back in significant ways thanks to unexpected buffs in the Season 5 Reloaded patch.

Although its handling and damage aren’t the best, there aren’t many better all-around options in Warzone.

The UGM-8 is a better LMG in handling and fire rate than players have come to expect from this weapon class.

The end product is a beast at mid-range that is strong enough to beat most ARs. There is some recoil and slightly slower ADS here, but there is no better LMG option right now.

When Vanguard’s content first arrived in Warzone, the MP-40 had a dominance that few weapons had, with a pick rate near 20% at one point.

Since then, it has been nerfed multiple times and dropped entirely from this list during Warzone Season 5. It’s back and back in the top three thanks to significant changes to SMGs like the H4 Blixen and Marco 5.

For most of Warzone’s Vanguard era, the Cooper Carbine was a good choice, but Season 2 was, without a doubt, the best.

A set of nerfs severely restricted the fast-firing AR, but it is still perfectly usable.

The Cooper Carbine’s true strength is its incredible fire rate, allowing rapid bullet dispensing. It broke into the top three and remained there into Season 5 Reloaded, although a recoil-based nerf in the initial Season 4 update.

After the balancing adjustments made in Season 4 Reloaded, the Armaguerra 43 finally made its way onto this list.

Due to changes made to the H4 Blixen and Marco 5, which had been the game’s most popular close-range weapons for a long time, this Vanguard pocket rocket is now available.

It has been climbing quickly, reaching the first place at the end of Season 4 and returning there after Season 5 Reloaded.

Call of Duty Warzone Pacific is a must to check out for the diehard fans of the sequel. Here’s where you can get a hold of it: