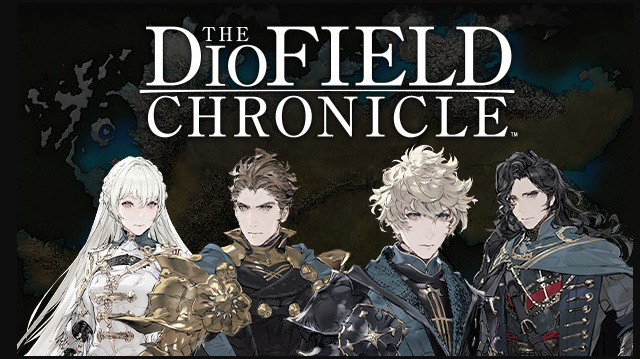 Lancarse and Square Enix’s role-playing strategy game The DioField Chronicle introduces players to a motley crew of mercenaries with lofty objectives. That can only be achieved by fighting for various noblemen. Despite occasional flaws, the game’s unique combat system, party customization, and sprawling narrative with a cast of flawed characters cast adrift in a harsh world are a combination that is difficult to resist. perhaps especially for veteran players who might welcome a modern take on the experiences and stories that defined the 16- and 32-bit eras.

The battlefield is the setting for the majority of The DioField Chronicle. Even though combat is timed, a battle that is supposed to last five minutes in the game might take twice as long. It’s time to leave once a player has chosen their four units—each with backup units if the roster allows it. The first wave of foes appears as the chosen warriors enter their surroundings. The timer then starts to tick, and if the fight ends within a certain amount of time you’ll get more money. Even though multiple units can be directed simultaneously, achieving such goals initially appear challenging. Also, enemies don’t just sit around; they respond aggressively as soon as they spot their adversaries, sometimes even before a stage begins. Similar to Fire Emblem, it feels like everything is happening simultaneously.

The action and timer pause as players direct unit movement to facilitate a more nuanced strategy. “everyone rushes at the guy with the big spear and shield. “For instance, it might be advantageous to have one unit skirt the heavily armored opponent to strike from behind more effectively while the man with the lance sticks out front to divert attention. Additionally, there are numerous unit types to consider. Let hostile sharpshooters fire arrows and spells without being hit is never a good idea.

Players can orchestrate strategic attacks using the game’s hybrid combat system, which, at best, can result in an exhilarating rush. Suppose they come up against a heavily armored, lethal group of enemy soldiers. In that case, they can use the same rules that allow them to execute a devastating and, as a result, highly satisfying pincer attack to retreat quickly. However, to avoid being backed into a corner, planning things out in advance is always essential. In addition to the more common auto attacks that may still drain life meters, players will do well to learn which strategies an adversary employs the most frequently to respond better when red mark appear on the map to indicate an impending area attack or other brutal blow.

The timer is responsible for the cool-down times and the rewards award after a battle is won. It’s nice that a mage can kill a group of enemies by casting a deadly fireball. But if those enemies don’t die in the blast, they will seek revenge. If they haven’t exhausted all of their resources, the mage who didn’t finish the job will have to wait  before they can strike again. So they should not be alone. Even in a single battle, similar considerations come into play multiple times. Especially as the campaign progresses and wars spread across larger maps populated by more powerful adversaries.

It’s common practice to award skill points to the characters who contributed the most to the recent battles. Applying glyphs to summon creatures is one of the game’s most incredible features. As it allows the heroes to walk in enemy units. Other options include investing “guld” as a patron for local suppliers. Researching weapon technology that determines which wares are even on offer. Developing new skills that vary by mercenary or purchasing a better weapon or accessory from a merchant.

There aren’t many significant flaws in The DioField Chronicle, but some of them might have felt more significant if the campaign had gone on for longer. The main problem is that even though the combat is exciting initially, it eventually becomes repetitive. That is because a few limited strategies are usually enough to beat enemies several levels above the player. Numerous characters join the roster, bringing intriguing new moves.

Unfortunately, it takes a lot of work to level everyone up, buy them equipment, and get the best skills. Players will encounter dozens of battles throughout their adventure due to the abundance of side quests. Most of which provide information about a mercenary unit and its history. However, there aren’t enough unique environments or enemy units to keep players interested in the hard work that might be necessary to empower those last few arrivals. That is especially true after you have devised a few tactics to make the battle easier to handle.

The DioField Chronicle defies convention on enough occasions, despite occasional stumbles, to make even the more ingrained elements frequently feel novel. In classic RPG experiences from Suikoden to Final Fantasy Tactics and beyond. Players have frequently encountered corrupt church officials, warmongering generals, sneaky alliances, and evil empires. However, novel combat system has rarely combined with these well-established tropes and themes. There is room for improvement, but new and seasoned strategy fans should look at what is currently available.