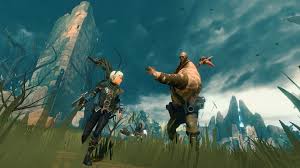 There’s a classic Wile E. Coyote cartoon where he puts in a racecar to chase after the Road Runner, and as he is speeding along the car begins to fall apart piece by piece until he is left holding only a busted steering wheel. That is exactly what it feels like to play with Decay of Logos, an open-world action-adventure RPG that ardently evokes The Legend of Zelda however is missing the crucial pieces that make the genre so cherished.

Drawing on inspiration from Souls also, Decay of Logos places emphasis on exploration and challenge, though it seldom sticks the landing. Around its roughly 10-hour campaign, you will travel through haunted battlefields, crumbling castles, and mystical woods — all while combating the same number of generic enemy kinds over and over again in a few of the most infuriatingly repetitive and buggy games I’ve seen in a long time. When it’s the choppy framerate, gear that disappears from the inventory, the entire world not loading in time for one to step foot onto it, or the entire thing crashing entirely, you’re only ever a brief time off from something which will interfere or totally shatter your pleasure of a game which otherwise has a great deal of potential.

You and a bland , white-haired silent protagonist named play with. Accompanied by your companion, a elk of unknown source, you are going to embark on a quest for revenge after your village is burnt to the ground. Regardless of the generic plot, the worldbuilding in Decay of Logos is expertly done, which makes significant use of storytelling that gives you a taste of a dystopian fantasy setting and asks you to fill in the openings. Breath of this artwork style, the vibrant shows off some fairly stellar places that beg to be explored, though doing so almost ends in touring samey dungeons, filled with creatures and puzzles which you quickly become all too familiar with.