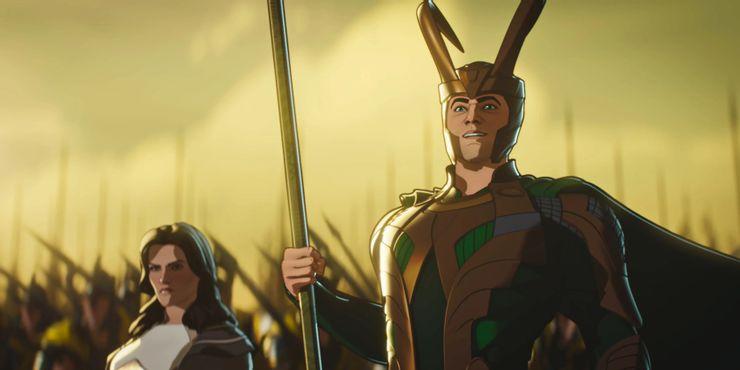 What If…? Episode 3 Review

What If…? Episode 3 Review

This review contains spoilers about episode 3.

The third episode in Marvel’s Marvels.What if …?Anthology series titled “What If… The World Lost Its Mightiest Heroes? is an anthology series titled “What If…”. It’s the first show to use the premise of not replacing one character with another. Peggy Carter replaced Steve Rogers in Captain America: The First AvengerAndT’Challa took Peter Quill’s placeInGuardians of the GalaxyThe third what if …?This instalment examines the idea of Fury’s serial killer stealing Fury’s Avengers recruits.

The MCU is now exploring murder mystery, and “What If… “The World Lost Its Mightiest Heroes?” is a great example of this. The fact that the killer has superpowers puts a fresh spin on the familiar Agatha Christie formula. At the same time, the script drops plenty of hints about their identity, allowing Marvel-savvy viewers to piece it together for themselves before the big reveal.

The voices sounding off can be distracting, especially when actors are imitating actors. Clark Gregg, Tom Hiddleston and Tom Hiddleston all reprise their roles on “What If…?” “The World Lost Its Mightiest Heroes?” was not a movie that brought back everyone from the movies. Although actors like Lake Bell as Black Widow or Mick Wingert playing Iron Man do an excellent job, it won’t be the same as hearing familiar MCU cast members. Plus, it was a little confusing to have Mark Ruffalo’s Hulk reimagining Edward Norton’s Hulk movie.

The best thing about “What If… The World Lost Its Mightiest Heroes?” is different from its predecessors in that it’s not a superficial reworking of one movie. The movie’s premise is a departure from three MCU movies (Thor 2, Iron Man 2, and The Incredible Hulk), and it also incorporates an alternate Ant-Man timeline. It does more than alter one movie. It changes the entire MCU, as this series promised.

The hook is set from the beginning with Fury and Natasha’s dynamic. The episode opens with Iron Man 2’s Iron Man 2 scene, but Fury and Nat can see it from their perspective instead of Tony’s. The episode opens with Tony being unexpectedly killed and Nat being blamed. This sets up a “buddy cop” dynamic for the investigation into the serial killer. The episode ends with Fury and Nat being separated. Although they call each other occasionally to update each other, it’s not as good as being there for each other the entire time. Although this episode allowed them to explore their friendship more deeply, they barely interact with each other after Nat was framed for Tony’s murder.

It is quite shocking to learn that Hank Pym is the murderer. Nat’s fight against the killer makes it appear that they are invisible. So the surprise that they are actually small is a pleasant surprise and helps explain the bizarre murders in the episode’s first scenes. Although Pym is a hero in the mainline universe, it’s easy to understand his motivations for being a serial killer in this universe. He lost his wife and daughter to the dangerous S.H.I.E.L.D. It makes sense that he would want to eliminate S.H.I.E.L.D. Any means necessary. Giving the unhinged murderer version of Hank Pym the villainous Yellowjacket armour instead of the heroic Ant-Man suit was a nice touch.

The What if half-hour episodes that cover a full movie’s worth have a condensed runtime. But this one, penned by head writer A.C. Bradley in collaboration with Matthew Chauncey, is surprisingly well-paced. The plot is not rushed like the previous episodes. Bradley and Chauncey take plenty of time to enjoy the mystery surrounding the Avengers’ deaths. The script’s week-long structure, which moves from day to day, breaks it into sections that focus on each killing and the seemingly inexplicable circumstances.

Advertisement
What If…? Episode 3 Review