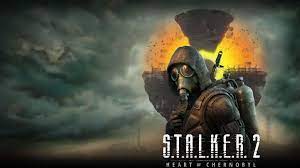 Release date for The Stalker 2 – Heart of Chernobyl

The release date for The Stalker 2 – Heart of Chernobyl

We were all expecting to travel to Chernobyl within the next few months, but the Ukrainian developers of GSC Game World have a bit of bad news about the arrival plans of The Stalker Heart of Chernobyl. But when can we expect to enter the terrifying world of the worst nuclear disaster area in the world?

The release date for Stalker 2

This is not a temporary delay. The delay announced recently is seven months. We now expect the game to land on December 8, 2022, as opposed to the April release planned initially. This is a piece of disappointing news for Stalker fans, who have waited patiently since June to hear more about the game. However, it will be at least an improvement for the title.

A spokesperson for GSC Game World stated that the additional seven months of development were necessary to realize our vision and reach the desired state.

“Stalker 2” is the largest project in the history of GSC. It requires extensive testing and polishing. For such a large project, we believe that it is essential to take as much time as possible for development.

It continued, “This is not ,an easy decision, but we are doing our best to deliver a game that meets your expectations.”

We have an important year ahead of us with more information, updates, and showcases. We appreciate your patience and understanding.

Fifteen years ago, the original Stalker game was first released on PC. It won over many fans, despite being a little janky. Stalker 2 was first discussed in 2012, but it was canceled. It was re-emerged as recently as 2018 and is slated for release in 2018. If the game makes it to the December cut, it is not too long to wait. We have remained for it for almost two decades.

Advertisement
Release date for The Stalker 2 – Heart of Chernobyl