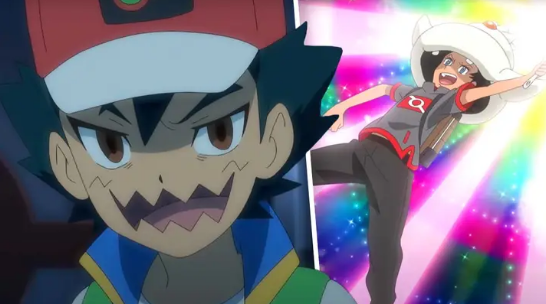 Did you know there are over 1000 episodes of the Pokemon animation? Quadruple digits. This is a lot of time spent trying to catch them all. And dear Ash still hasn’t managed to capture as many. It’s hard to make any progress when you are eternally 10 years of age.

Today, however, The Pokemon Company announced the next season of the anime. It is titled Pokemon Ultimate Journeys: The Series. The 25th season will premiere around the globe this year. Some regions may even see it in spring. So, around now, presumably? The trailer was released along with the announcement. It’s a bit strange.

We see Ash being possessed in addition to the usual scenes of Pikachu using Thunderbolt, Team Rocket being mercilessly attacked, and Pikachu uses Thunderbolt. You can find the context of that episode in Japan (the 91st Pokemon Journeys episode titled ‘The Spectral Empress! – I’m sorry).

As they work towards their goals, the stakes are higher for Ash, Goh, and Chloe. The official season synopsis states that intense training is in store for Ash and Pikachu as they heat up for the Pokemon World Coronation Series Tournament. Goh undertakes a series of difficult trial missions to become a Project Mew member. As Eevee and Chloe discover the many evolutionary paths Eevee has, will they be able to decide its future as well? Expect non-stop action, familiar faces from past journeys, and more Pokemon discoveries!

The season’s release date has not been set yet. We’ll have to keep our eyes peeled and suppress our memories of what happened in the trailer.