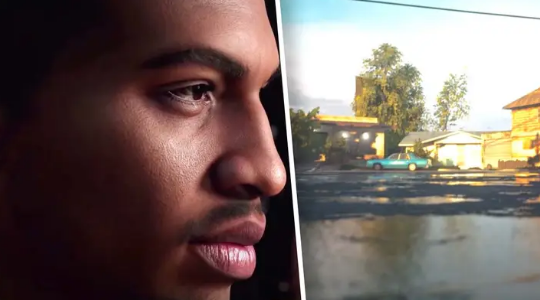 We can all agree that Grand Theft Auto: The Trilogy-The Definitive Edition was one of last year’s most disappointing games. Combining three iconic titles into one package seemed like a great idea. But, it didn’t live up to expectations.

After Rockstar admitted they had to delete data from GTA III, Vice City, and San Andreas, players worldwide demanded refunds for their frustration at the game’s incompatibility. These beloved titles didn’t receive the attention they deserved. An indie graphics studio decided to give San Andreas another chance with a stunning Unreal Engine5 remake.

The trailer was posted yesterday on TeaserPlay’s YouTube channel and had been taking over the internet. The trailer shows a completely redesigned Grove Street and a new character model for CJ (Hossein created). The lighting and water effects look amazing, as we expect from Unreal Engine 5 creations. It is almost painful to see the potential.

The YouTube comments are filled with support from fans: “This is how a remake should look.” Prij.T. wrote that this was beautiful. Games kNRTdrinkz commented, “Looks amazing makes me want to play again with CJ.”

TeaserPlay has not given any indication that this remake will be playable or develop beyond Grove Street. However, their channel is filled with other impressive projects like their remaster Bully and their take on a.