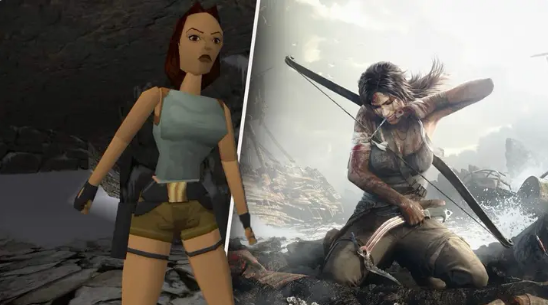 Tomb Raider is being remade by new owners

The Embracer Group’s latest financial year report has been released. It gives an exciting insight into what to expect from the company over the following months, as well as what the future holds for many franchises, including the recently acquired Tomb Raider series.

After acquiring several Square Enix IPs, the report stated that The Embracer Group would be focusing on remakes, spinoffs and remasters.

They stated that they had entered into agreements to acquire Crystal Dynamics and Eidos-Montreal and Square Enix Montreal. This agreement included Tomb Raider and Deus Ex IPs, Thief and Legacy Of Kain. This announcement received a positive and overwhelming response. We see great potential in sequels and remakes, remasters and spinoffs.

The Embracer Group confirmed that the transaction would close “in the July-September period,” so these projects could begin development later in the year.

We know that Crystal Dynamics was already working on a new Tomb Raider entry, but this is not what The Embracer Group has in mind. The game is currently being developed in Unreal Engine 5, as confirmed by Epic at the State of Unreal earlier this year. The project is still in development in Unreal Engine 5. We are not sure if it’s a continuation of the reboot trilogy or a new story. We can expect many Tomb Raider projects to come our way in the coming years.

Advertisement
Tomb Raider is being remade by new owners