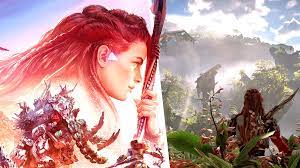 Guerrilla Games has had its identity change over the years. The studio, which is based in Amsterdam, was previously best known for its Killzone series. However, this all changed in 2017, when Horizon Zero Dawn became a massive hit and Aloy was elected one of PlayStation’s official icons.

It’s been full steam ahead since then to expand the world of Horizon. Guerrilla has released Horizon Forbidden West this year. It won the first-ever GOTY award of 2022. The VR experience Horizon Call of the Mountain will be next. You might be wondering if Guerrilla has forgotten about Killzone. Well, no. It’s much worse.

Guerrilla announced the news via Twitter: “On 12 Aug 2022, online servers will be shut down for Killzone, Killzone Shadow Fall (including Intercept mode), and RIGS, Mechanized Combat League. On that date, online features, including online multiplayer modes, will be discontinued. Online multiplayer modes for single players will not be discontinued.”

Guerrilla points out that single-player modes will still be possible to play. According to reports, the decision was made due to a low playerbase for these titles. This is not surprising.

Shadow Fall and Mercenary were the ‘newest Killzone games’ and are nine years old. Killzone Mercenary: This is a PlayStation Vita game that, despite a loyal following, isn’t a trendy platform. However, this news is sure to disappoint fans.