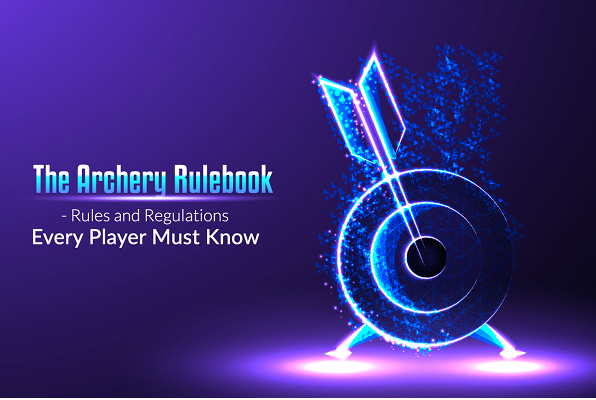 Archery is a game that can be played both indoors and outdoors. Wikipedia defines archery as the sport or skill of using bows and arrows to shoot targets. Besides being a fun game, archery is also a popular sport that many people from around the globe follow closely. The practice of shooting arrows dates back to 10,000 BCE. Back then, humans used the art of shooting arrows using bows to kill animals and feast on them. Later, bows and arrows were used extensively along concepts similar to the postulates of archery, i.e., arrows were shot using bows to eliminate enemies during wars. Currently, archery is not only a fun activity but also a well-renowned sport.

Even though not many people know about it, archery is popular in more forms than one. Thanks to the game’s popularity, interested individuals can play archery game on their smartphones. They must download and install the game on their smartphone, register on the platform, and start playing. Playing archery games is an effective method by which individuals can improve their accuracy, hand-eye coordination, and concentration skills.

In the official sport, players are required to shoot arrows at a fixed target, which generally consists of numerous circles and rings. The main objective of players is to aim and shoot arrows at the centremost point of the target to earn the maximum amount of points. However, like any other official sport, archery also features numerous rules and regulations that all players need to follow. This article will shed light on multiple aspects of the game, including the laws and regulations every player must follow during archery matches. Let us get started:

The objective of the Game

In terms of competitive archery, the main objective of the players or archers is to aim the arrows at a target and hit it with utmost precision. The targets may have different forms, but players’ main focus should be to aim at their center. As per the rules of the Olympic games, archers aim toward the target from at least 70 meters away. Moreover, the rounds in an archery game include a ranking round where the overall score determines the players’ rankings. After the ranking round, the game shifts to a head-to-head elimination format.

Players and their Equipment

Only a single archer holds and aims arrows using a bow at once. However, both individual, as well as team competitors are undertaken. According to the World Archery Federation’s standards, every archer must have an acceptable bow. As per the WA’s requirements, the bow should consist of a handle or grip, a riser, and two flexible limbs, each ending in a tip featuring a string nock. There is no restriction on the number of strands present in the bowstrings. However, the only requirement is that it fits the bow. Besides this, an adjustable arrow rest, as well as a bow sight, can also be used by archers.

Furthermore, to ensure fair play, the competitors must use identical arrows. Finger protection is also mandatory for participants in some official archery tournaments. Participants can opt to use chest protectors, arm guards, etc. However, archers are not allowed to use accessories that offer them even a slight advantage in any aspect.

Size of the Target

As mentioned earlier, targets in any official archery match vary in size. For instance, the targets used in the Olympic games feature a diameter of 122 cm. However, they all comprise 10 concentric circles or rings, each representing different scoring sectors. The first two rings visible on the outer surface are white, the third and fourth ones are black, the fifth and sixth ones are blue, the seventh and eighth ones are red, and the ninth and tenth rings are gold.

The score-calculation rules and system are elementary in archery. Players’ scores can be calculated by adding the total number of points based on the areas where their arrows land on the target. The highest amount of points awarded is 10, while the least is one. In the Olympics, athletes are required to shoot a total of 72 arrows in 12 phases. Their ranking is determined according to their overall cumulative score.

Individuals who wish to pursue archery professionally should keep the rules mentioned above and regulations in mind.

Advertisement
The Archery Rulebook – Rules and Regulations Every Player Must Know