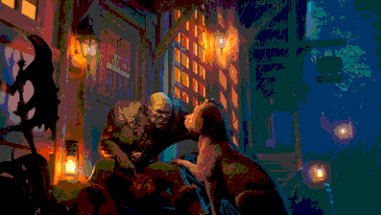 Race is a crucial aspect that players should carefully consider. Make sure you choose the best ones so that you can smoothly farm WotLK classic items.

Wrath of the Lich King Classic is introducing a new class, and players are scrambling to make their alts for the expansion. Check out this refresher on the best Racials in the game.

No other game puts so much emphasis on Race than World of Warcraft. In Azeroth, your kind determines what bonuses you gain in the game. These attributes will help you decide which classes you should take. Choosing your race will be one of the main determinants of how you will be farming WotLK Classic gold.

All World of Warcraft Classic Races

There is currently a total of 10 playable races that gamers can use to farm WotLK Classic items. Each of these belongs to either the Horde or Alliance factions, so gamers should consider whether they want to be based in Kalimdor or Eastern Kingdoms. Here are all the folks of Azeroth with their bonus traits:

Due to the various race traits, some beings are better suited to specific roles than others. Knowing which jobs your character is more fit to get will help you have an easier time choosing your race. Make sure to follow these combinations since attending a class that doesn’t fit your race can severely hinder your enjoyment. Here is the best race to job synergies in the game:

While each race has its own perks and niche role, some are considered better since they are more well-rounded and have more valuable traits. The main point of determining which beings are considered the best is to avoid getting into the wrong class with the chosen race. Here are the best creatures for each faction:

The Horde does not really have a race that is weak or limited to a niche role. Each offers a different type of playstyle since they specialize in various aspects of the game. For this faction, some races are considered better because they have traits that are just stronger and not the rest weaker. Here are the best origins in the Horde:

Unlike the Horde, Alliance races are very well-balanced. Every origin in this faction has similar traits, except for the Night Elves, considered the worst race on this side. Most players simply choose their background based on appearances rather than attributes. However, the bonus traits from each do provide a bit of an advantage over other races. Here are all the best origins in the Alliance:

Since choosing your race is very important in the game, players should make sure they take their time to know the perks and limitations of each origin. Taking the wrong class for the traits that you have will have a significant negative impact on your WotLK Classic gold farming. Study the advantages of each race before creating your next character in Azeroth.