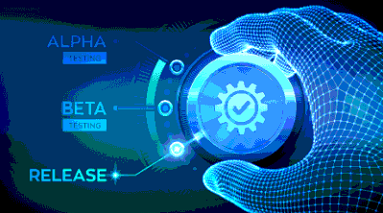 Increasing one’s combat level can cost a lot of OSRS GP (and time). But, be that as it may, it could also bring players tons of OSRS gold and stronger items.

Increasing your combat level can take hundreds, if not thousands, of hours if you aren’t doing it efficiently.

Your combat level is dependent on the combat style you’re using, and at the same skill stats you might get different combat levels while wielding a melee weapon, a ranged weapon, or a magic weapon. This is because the formula to calculate your combat level accounts for several combat-related skills. You’ll need to spend more OSRS GP on training some combat skills, while you’ll be able to earn OSRS gold while training others. As is the case with all of the OSRS skill training, it is a matter of choice and personal preference regarding the methods you use to train your combat skills.

How to Calculate Your OSRS Combat Level

The formula for calculating your combat level is pretty complex. Still, you can always use tools like the wiki combat level calculator. You must input your Attack, Strength, Ranged, Magic, Defense, Hitpoints, and Prayer levels. This means that you will slightly increase your combat level whenever you increase any of these skills.

Training your combat skill can be different if you’re playing an ironman than a main OSRS account because you won’t have access to the specific gear and amount of OSRS gold you’d usually have. Similarly, when building a PK character, such as a zerker or a pure, you won’t be able to wear certain items.

For the first combat levels, it’s always best to use questing and enjoy skipping through levels with the experience you receive as a reward for completing certain quests that grant XP in any combat skill. On the one hand, the experience will be faster than manually killing the monsters, and on the other hand, you will eventually need the quest points anyway. If you’re a pure you will want to avoid specific quests that give you defense experience as rewards.

Many players prefer to train their melee skills first because this will raise their HP level. However, suppose you’re considering getting to level 99 at the Wintertodt. In that case, you might want to consider whether you want a high HP level when facing the non-combat boss, at the cold damage is proportional to your HP level. Regardless of the method you choose, always upgrade your gear to the best gear you can use with your current skill levels and use potions to boost your skill levels.

Many players skip through the early levels of the combat skills by doing very low-intensity activities such as killing sand crabs or ammonite crabs on Fossil Island. You can AFK for up to 10 minutes when the monsters are aggressive and keep attacking you. If you’re low-level, you might need to bring some food with you, but because of their low accuracy, they are unlikely to kill you. This method is excellent for both training melee and ranged.

The nightmare zone is a popular method to increase your combat level that’s AFK-able. You will need to pay an OSRS GP fee every time you enter a new dream, where you will fight various OSRS bosses you encountered in OSRS quests. If you have completed all the quests, the fee to enter will be smaller.

Many players choose this method to train their skills, especially for magic and ranged. It can be a much cheaper alternative, provided you don’t disconnect or exit the dream before consuming a full inventory of absorption potions.

Bossing is a relatively passive method of increasing your combat level, as most players who kill bosses primarily do it for their drops and take the inherent XP as a bonus.

Another popular option is training your combat skills parallel to your slayer skill. This is because you will receive an accuracy boost while wearing your slayer helm, which will make you hit more often and kill your enemies faster on the one hand. Because after a certain level, you will be able to gain a lot of OSRS GP from specific higher-level slayer monsters. The click intensity will vary greatly depending on your slayer task, and for higher-level combat, you will also be able to kill slayer bosses.

One special case is the Prayer skill which will modify your overall combat level, but it’s rather hard to train it solely through combat. As an ironman, you can gather bones and later use the Ectofuncus or the chaos altar to gain up to 700 percent more XP per bone. Alternatively, you can use a Bonecrusher or ash sanctifier when you’re on your slayer tasks to gain some passive prayer XP. Still, you’ll need to complete specific achievement diaries to get these powerful untradeable items that can save you some OSRS GP in the long run. Another alternative is actively training your Prayer skill by investing some OSRS gold in high-level bones such as dragon or wyvern bones and using them in the wilderness or on a gilded altar inside a player-owned house.

Advertisement
How to Increase Your Combat Level in OSRS