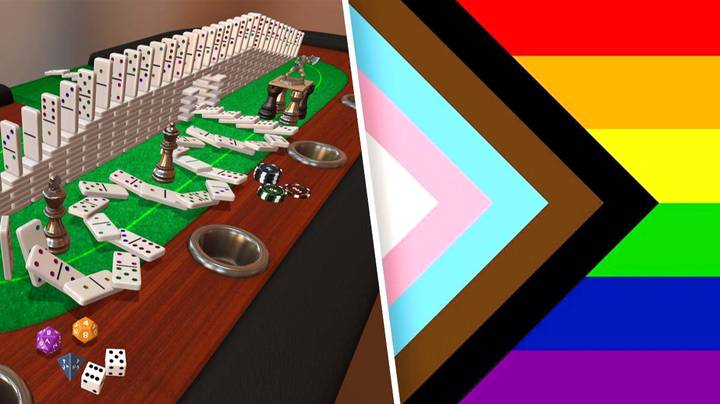 Berserk Games is currently under fire for homophobia as well as transphobia. After revealing her identity, a transgender participant was expelled from the Tabletop Simulator global conversation.

Xoe wrote the following tweet: “It’s officially, @BerserkGames says that it’s okay to chat off-topic, as long as you don’t make it offensive or disruptive, but sharing your sexual orientation is inappropriate.”

One mod, known as CHRY, explained to Xoe via Discord that “discussing homosexuality has no place on global chat”. He then went on to explain to Xoe that Tabletop Simulator was about tabletop gaming, and not a place for discussing sexuality, fetishes or politics. You can keep that in your private chats, or in public chats, where you are discussing these topics.

Xoe logged into the global chat with different accounts and began to research what topics could lead to a ban. According to her screenshots, she found that discussion of heterosexuality didn’t cause any problems at all, whereas saying anything along the lines “I’m gay” resulted in an instant ban, along with any talk of fetishes, suggesting that the moderators consider the discussion of LGBTQ+ identities to be comparable to fetishes in terms of their ‘family-friendliness’.

This has caused some users to feel upset and many have taken to Steam to post negative reviews. “I used to be a huge supporter of this video game and the benefits it provided. Since the global chat ban on LGBTQ+ blankets, I don’t think I will be installing it again. I also won’t buy it for anyone else. One wrote that they do not support homophobia or transphobia. “Transphobia is not a joke. It’s disgusting to see such a blatant display from BG. Another said, “Your money is better spent elsewhere.”

Since then, the devs have responded on Twitter to the situation. They issued a statement saying: “We once more want to emphasize our commitment to inclusion in all we do and would like apologise to the user who was banned from global chat.

This is not to be taken lightly. Games should allow everyone to have fun, no matter their sexuality. Trans rights are a human rights.